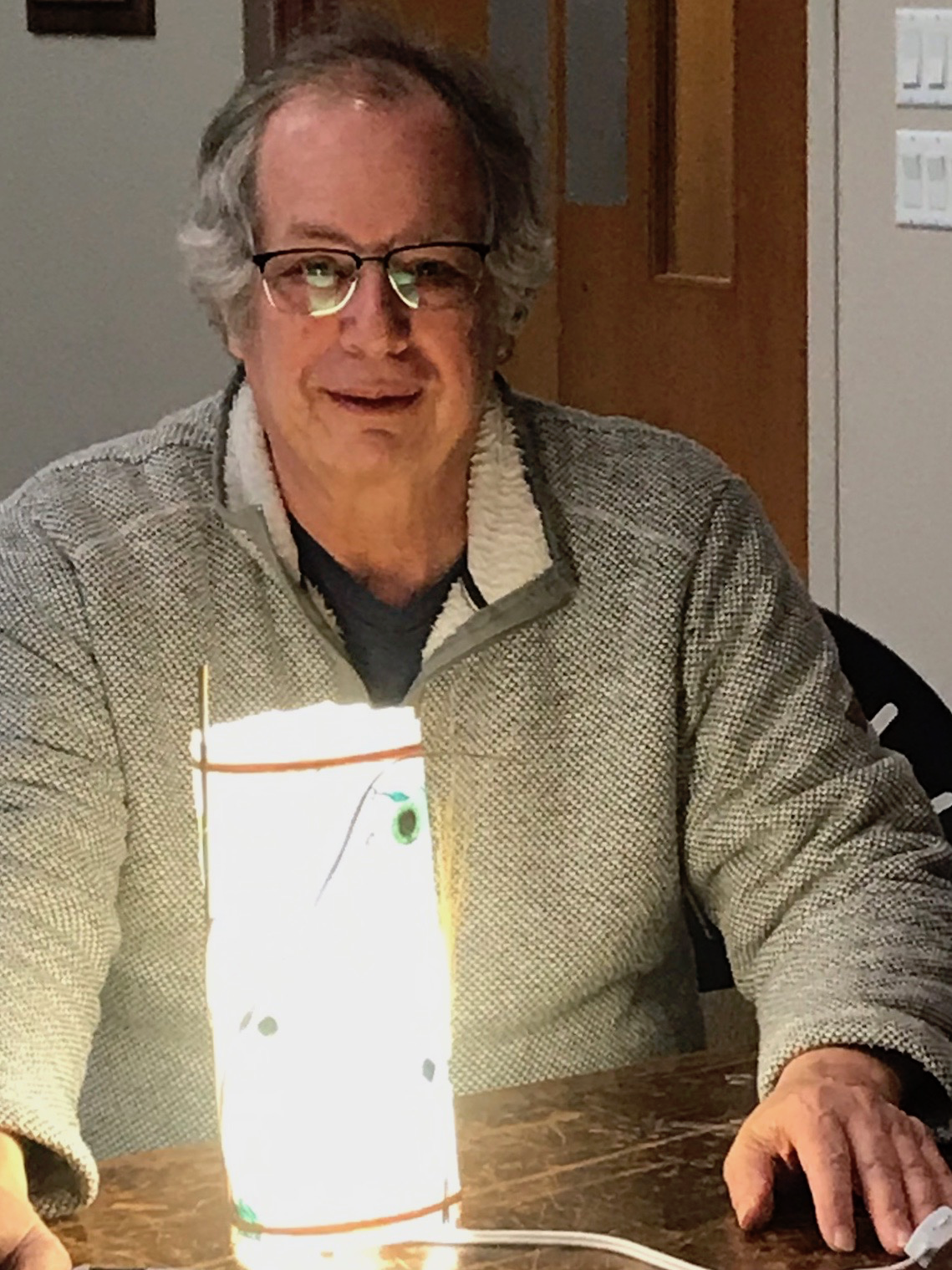 I wish I had never heard about the Holocaust, and yet…

It required much effort on Mark’s part to participate in our first pilot workshop for 6 Million Lights. On the morning of our 2nd session, his car wouldn’t start in the -15F cold. And yet, Mark showed up on time, wholly present.

Mark’s father came from Germany in October 1938. His mother left Germany in March 1939. After being ordered by the Gestapo to deboard a train, his grandparents and mother fled into France on foot over a railroad bridge. Growing up, Mark’s father rarely talked about the Holocaust; his mother only opened up about it late in life. Mark learned the details of their Holocaust experiences by watching their USC Shoah Foundation oral history tapes, but only after they had passed away.

Mark’s paternal grandfather had home movies taken between 1928 and 1939 in Germany, Switzerland, and Liechtenstein (where they fled) and Mark has found between 1,000-2,000 photos. The movies were donated to the United States Holocaust Memorial Museum after his parents died (and are available on-line at https://collections.ushmm.org/search/catalog/irn1000019). He wonders – who are these people? Through research, Mark has documented that hundreds of (mostly distant) family members perished in the Holocaust. Mark has been sharing his family’s collection of movies and photos with relatives, museums and filmmakers around the world.

In just the single week between our two workshop sessions, Mark had learned that a relative who had been on a Kindertransport had died. He had also been contacted by a Danish filmmaker making a documentary, as well as a museum from Nuremberg asking about a photo they needed of a relative who died at Majdanek.

“I wish I had never heard about the Holocaust. Even after many years, every time I say that word, I begin to cry. And yet, it is reassuring to know there is a community who cares, a community that extends beyond the Jewish people. My light reminds me of that and I dedicate it to the descendants of Survivors who face the difficult task of telling the stories that must be told, of promulgating the history that must be known.”