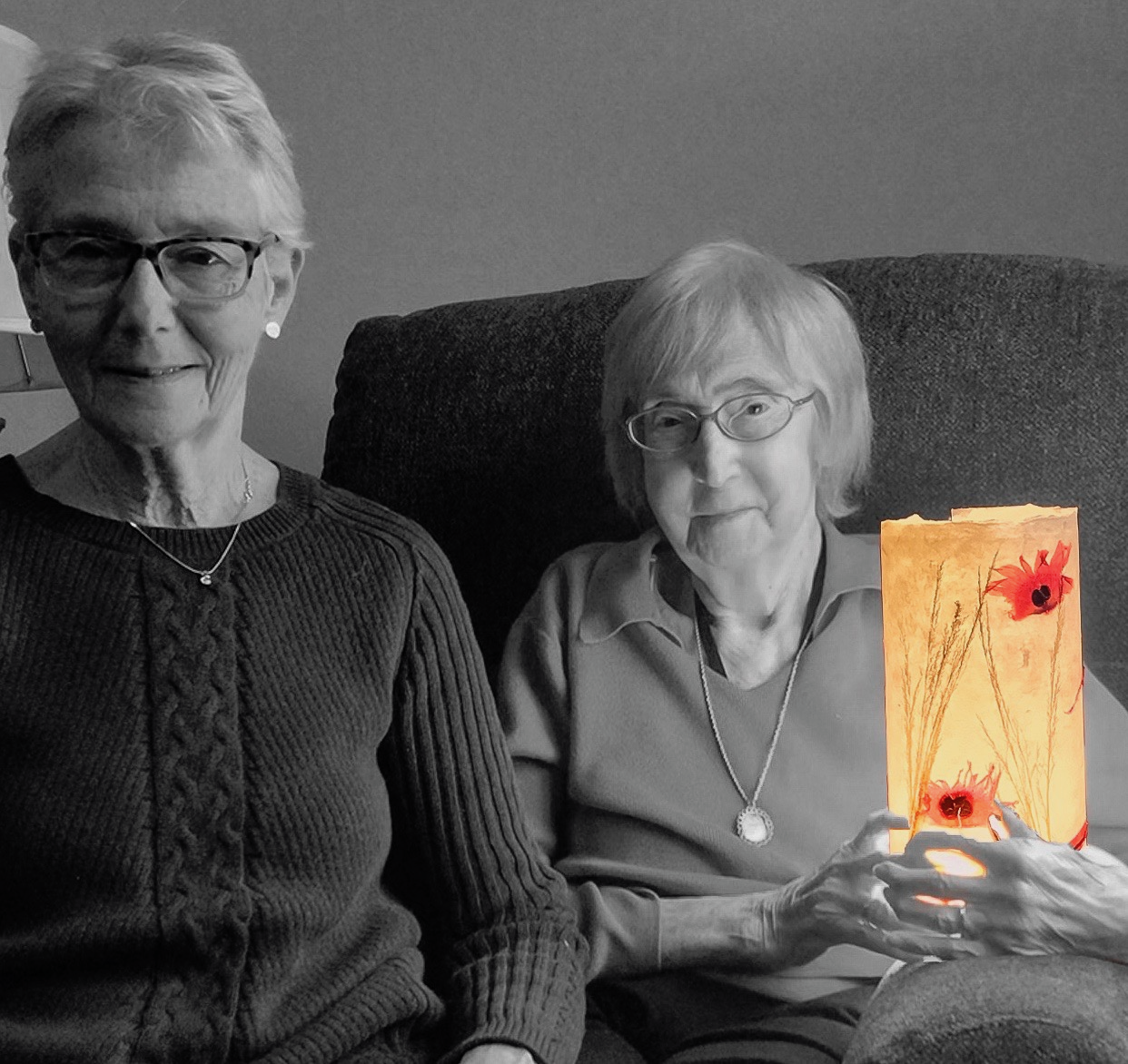 The light of giving.

Name: Lea Aschkenaze
Light #: 5
Location:
Classification: Descendent of Survivor(s)
2nd Generation
Dedication: Thea Aschkenase, Giver of Light
My mother Thea and grandmother Adele survived Auschwitz concentration camp, and they were liberated from a labor camp at the end of the war. My father left his large extended family in Poland, all of whom were later shot in the town’s marketplace, and he wound his way to Israel.

Although my family did not talk about the Holocaust, even as a young child I knew that we were different from other families. We did not have relatives with whom to celebrate holidays, we spoke German at home, my mother and grandmother had numbers tattooed on their forearms, and almost every other word was “be careful”.

[Note: Upon arrival to Auschwitz, while in the selection line, Thea reached out to her mother and pulled her from the line of the doomed to those chosen to work. The infamous Dr. Mengele motioned for Thea’s mother to return to her line. Thea stared him down and said, “No, you made a mistake.” Thea’s mother went on to survive].

My mother and grandmother were generous to a fault, and they embedded in my brother and me the importance of Tzedakah and kindness. Their guiding light, despite the trauma they endured, was to give to others.

Having experienced starvation in Auschwitz and in the labor camps, my mother spent many years working to alleviate hunger among Worcester MA school children and senior citizens. I carried this legacy forward, and in Thea’s honor, founded and operate Food for Thought Initiative, whose mission is to alleviate hunger among Madison WI school children.

As an adult, when I came to know the horrors of my family’s experiences, I always marveled at what I learned from my family. It would have been so easy for them to be bitter and angry. My fortune was that they provided the light of giving.