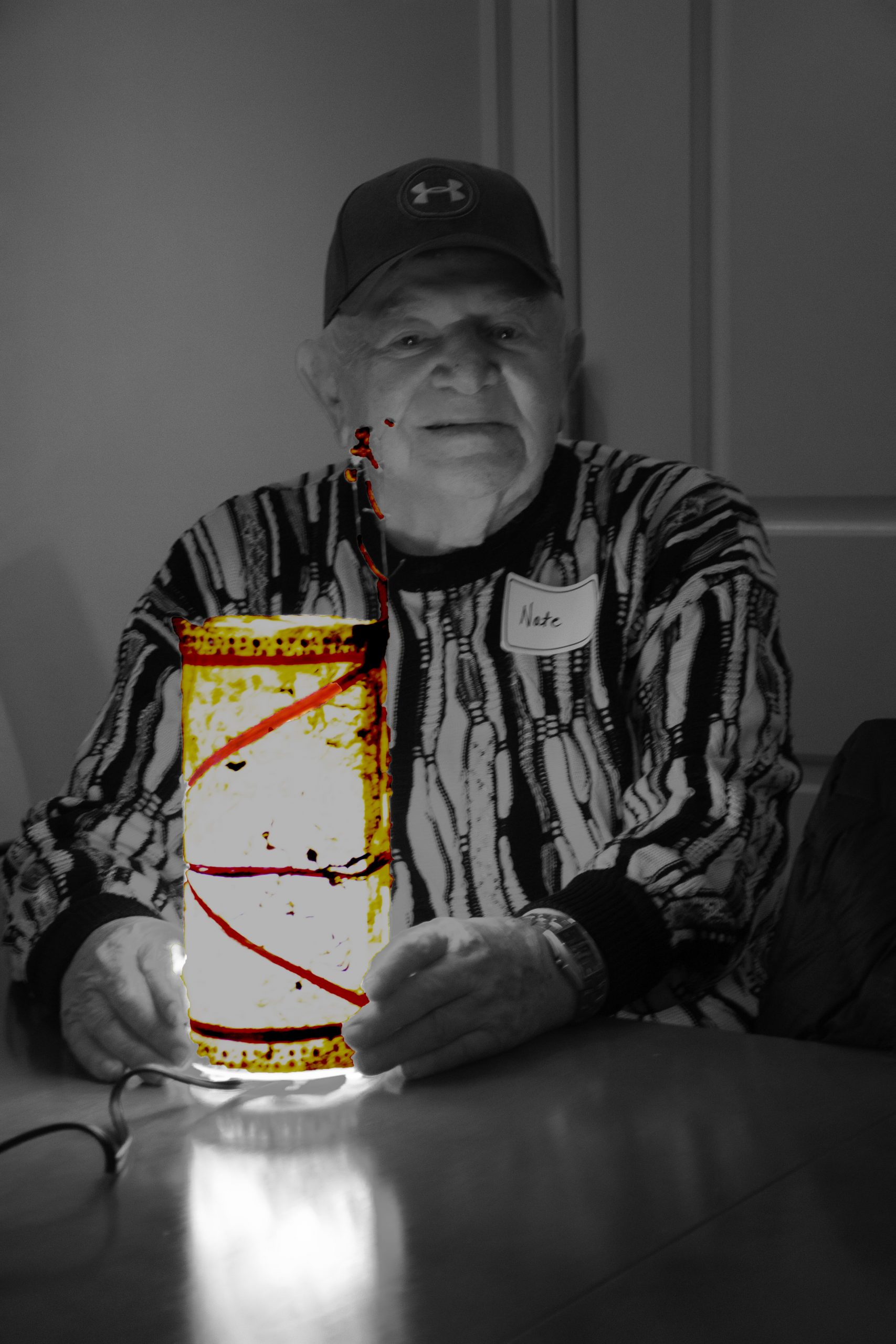 Born in 1928 in the town of Radomysl, Poland, Nate was the youngest of ten children. His parents owned a farm and the largest home in town. He was spoiled and loved and had a typical childhood – until the Germans came to control Poland and World War II started. Instead of celebrating an impending Bar Mitzvah, his family loaded the wagon and moved to the Tarnow ghetto where one of his older sisters and her husband were living.

Nate lost his parents and seven of his siblings to the atrocity called the Holocaust. His oldest brother had moved to Argentina long before the war began. Another older brother moved with Nate throughout the Nazi camp system, being separated a few times and finally reunited with his brother, Leon, at the Mielic Concentration Camp. Mielic was liquidated in 1944 and Nate and his brother were transported to the Flossenburg Concentration Camp. In April, 1945, Nate was rounded up and put on a death march to Auschwitz. He was liberated by Allied troops before he reached Auschwitz.

Nate left Europe and lived in Australia for ten years, working at a Christian camp as a cook and then opened his own restaurant. He emigrated to the United States in 1957 and reunited with his brother, Leon, who was living in the Racine area. After a whirlwind romance, Nate married Muriel Guten of Milwaukee. They are the proud parents of three children and two grandchildren.

Speaking to civic groups and students is a duty that Nate believes is imperative in preventing an atrocity like Holocaust from ever happening again. Nate has traveled around the world sharing his story and has appeared in many newspapers, magazines, and documentaries about the Holocaust. He is listed in the United States Congressional Record and is an integral part of the Speakers Bureau of the Nathan and Esther Pelz Holocaust Education Resource Center (HERC).